A BIG thank you to the Florida Department of Agriculture for allowing me to spend some time with them this past weekend. It has been over 5 years since they began doing public announcements regarding the invasive “Giant African Land Snail” or “GALS”. Since then, with the help of Miami-Dade County residents, the Florida Dept of Agriculture has caught more than 157,000 snails throughout Miami-Dade County. This past weekend the department was out in the Village of Pinecrest conducting inspections. I was fortunate enough to spend some time with them to learn about the methods of looking for them while I am out doing my inspections. 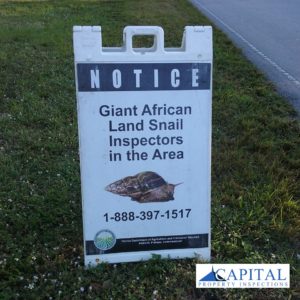 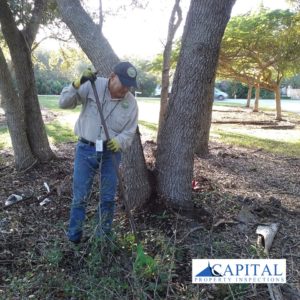 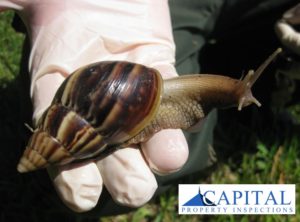 A few facts regarding  “GALS”:

While reading these facts, one can easily be scared, it is important to know that this is a problem that is being contained. Florida has many different types of snails, some of them are actually protected and beneficial to our ecosystem. CLICK HERE to learn more about the different types of snails, and how to differentiate the GALS from popular snails such as the Native Florida Tree Snail, Apple Snail, or Rosy Land Snail. 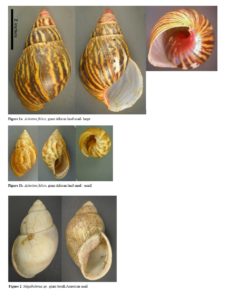 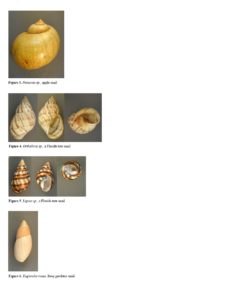 it is good to know that Florida Department of Agriculture has been doing a great job in finding and eradicating them. Less GALS are being found each week, and according to Mark Fagan, a spokesman for the Florida Department of Agriculture, says eradication of the snails is possible.“We were finding buckets full of snails in the beginning… thousands of them,” Fagan says. “Now we’re down to a couple hundred per week, tops — like one little baggie of two or three snails per day.” The fight to eradicate them is being won, but the battle continues as “GALS” cannot be considered eradicated until two years after the last case has been found. Below is a map of the locations that “GALS” have been found, mostly found in Miami-Dade County, a few have been found in Cooper City, Broward County. It is also important to know that this is the second time that we have had issues with “GALS”, previously in 1966 there were close to 18,000 of these snails found in Florida. So even if we eradicate them, we should always be on the lookout for strange things. If you see a giant African land snail, call the Florida Department of Agriculture at 888-397-1517 to report it. 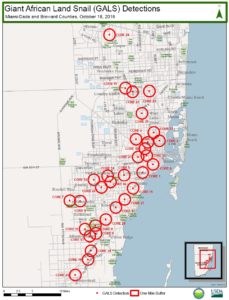