A friendly reminder that this Saturday night/Sunday morning is the day that we turn our clocks forward by one hour. Officially done at 2:00 am Daylight Savings Time “DST” was first used in 1908 in an area called “Port Arthur/Thunder Bay Ontario”. Germany became the first country to introduce “DST” when clocks were turned ahead 1 hour on April 30, 1916; their reason was to minimize the use of artificial lighting to save fuel for the war effort during World War I. In the United States it was first introduced in 1918 when President Woodrow Wilson signed it into law to also support the war effort during World War I, but “DST” was first mentioned  by American inventor and politician Benjamin Franklin who wrote an essay called “An Economical Project for Diminishing the Cost of Light” to the editor of The Journal of Paris in 1784. In the essay, he suggested, although jokingly, that Parisians could economize candle usage by getting people out of bed earlier in the morning, making use of the natural morning light instead. For President Wilson, passing the law was not so easy, and with any law it came with controversy.  A battle between “Urban lifestyle vs. Rural Realities” ensued. City office workers liked getting an extra hour of sunlight during the summer to enjoy the lakefront, attend a baseball game, go golfing and spend time with the family. But farmers argued they couldn’t shift their work so easily, in the end Uncle Sam won and the law passed. 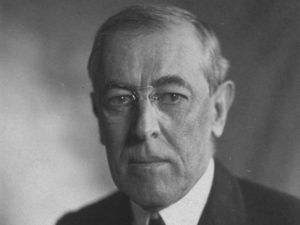 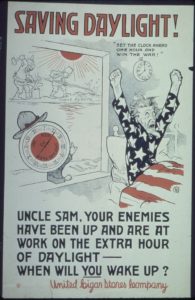 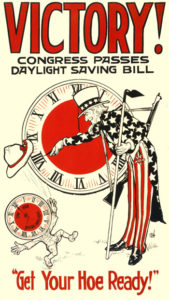 Daylight Saving Time is now in use in over 70 countries worldwide and affects over a billion people every year. The European Union (EU) standardized an EU-wide “DST” schedule, which runs from the last Sunday in March to the last Sunday in October.Today, except for losing an hour of sleep, many people prefer it when time is one hour ahead for similar reasons as the ones described above, and thanks to digital advances, most of our clocks automatically change themselves. “DST” also has been recognized as the time that smoke detectors get tested. While this may sound simple, it is not just about pushing a button to test the smoke detectors, but also complying with the current updated standards. Some facts to consider about smoke detectors:

Many cities municipalities such as Coral Springs, FL are now sending “Courtesy Notices and Notarized Affidavit of Compliance” to their resident to comply with the updated smoke detectors requirements. For more information on those requirements CLICK HERE. This is State of Florida Building Code change, so even if your not in Coral Springs, FL it would be wise to adhere by the same requirements. Take a moment out of your day this weekend and look at smoke detectors of your home, think of that elderly person, a person in need that might not know about this, or physically cannot do so. There are many people who live in homes where 0-1 smoke detectors are present, or with smoke detectors that 10+ years old. Many tragic deaths can be prevented by checking our smoke detectors. Last year investigations into the tragic events of the Oakland Warehouse Fire aka “Ghost Ship“, where 36 people died, revealed that the property did not have any smoke detectors. Business owners, and landlords are also encouraged to check their smoke detectors. Club owners, the person who is renting an illegal addition, or renting a home through Airbnb may be liable in the case of an tragic accident. Smoke detectors are affordable and range anywhere from $13 to $17 dollars. Local hardware stores carry a variety of them, and in packs of 3 and 4. 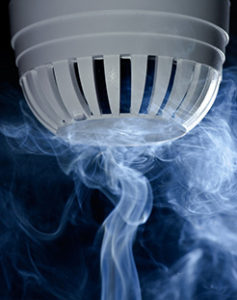